The Osservatorio Permanente sui Giovani e l’Alcool is an association that since its creation at the beginning of the Nineties has been involved in the research, study and divulgation of scientifically grounded information on subjects related to the production, consumption and abuse of alcoholic beverages. The objective which characterizes the Osservatorio’s mission is to spread a multidisciplinary culture on alcohol adopting the principles of social alcohology. With this intent, the Osservatorio gathers an open and various community of researchers, experts and communicators whose specific competences on different aspects of alcohology are embedded in a perspective of public divulgation of incisive and complete information on alcohol.

In compliance with its purposes of research and communication on several alcohol related issues the Osservatorio develops its activities on the basis of an annual and pluriannual planning focused on matters of great interest for the public opinion.

Besides the activities of funding and publication of researches, the Osservatorio has stable relations with several national and international scientific and institutional organizations. It collaborates with other scientific association, it takes part in the national panel discussions on the alcohol/society relationship with its own original perspective and it holds a relevant channel of communication with the public opinion.

The Osservatorio’s skills and competences are committed to the fields of research and communication in order to promote and favor an alcohologic culture based on scientifically grounded and reliable information on alcoholic beverages. The Osservatorio acts to raise knowledge on alcohol related issues in an integrated perspective known as bio-psycho-social approach.

The Osservatorio aims to grant:

– a multi-disciplinary approach to alcohol related issues with the awareness that the consumption of alcoholic beverages is a complex phenomenon where alcohol as a substance plays an essential but not exclusive role;

– a privileged focus on the social-and-health aspects related to the misuse and abuse of alcoholic beverages with particular attention to more vulnerable categories such as young and aged people;

– an early approach to moderate and responsible consumption which involves schools and youth as the target of a precautionary and scientifically grounded educational action on health and nutritional education. With an intent to foster protective lifestyles among risky profiles;

– the strengthening of self-regulation systems directed to the prevention of alcohol abuse and alcohol related harms towards all the population.

The Osservatorio’s mission is to implement research and public communication aimed at:

– promoting and popularizing researches on the  socio-anthropological, psycho-social, epidemiological and economic aspects of the relationship that links  alcohol to individuals and society;

– implementing strategies to raise awareness on the importance of responsible drinking habits and preventing alcohol related harms among youth and especially among teenagers;

– actively promoting the notion of responsible drinking habits towards policy makers, mass media, the alcohol industry and the whole population;

The bio-psycho-social alcohologic approach that characterizes the Osservatorio’s mission goes beyond the research on alcohol as substance/drug to observe the aspects of the alcohol-individuals-society relationship.

Dealing with alcoholic beverages means taking into consideration that these substances are perceived differently depending on their features and on the contexts. On the basis of this assumption, research on alcohol aims at studying identities, meanings and contexts taking into account differences, individual and collective lifestyles, potential causes of insurgence of excessive consumption. 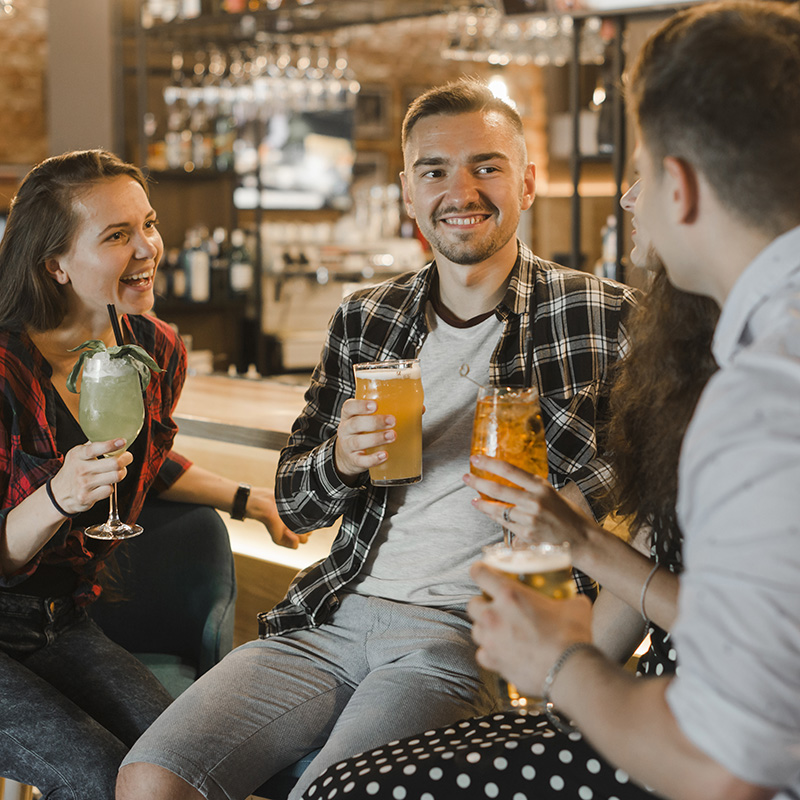